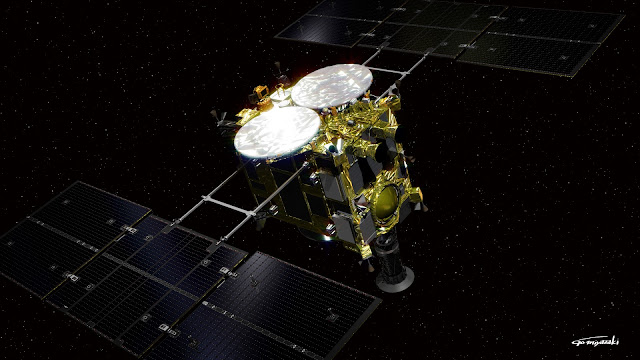 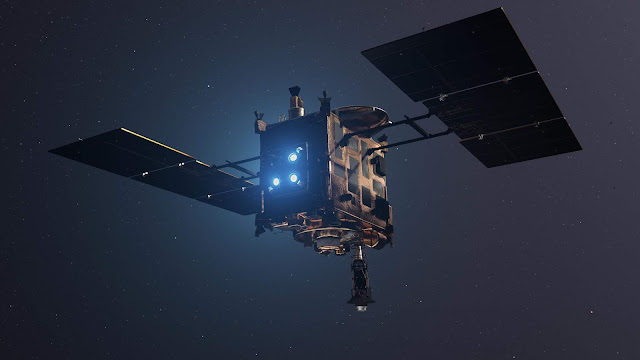 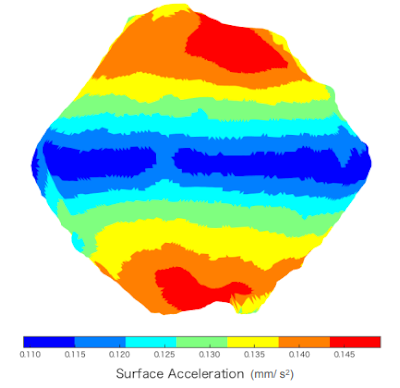 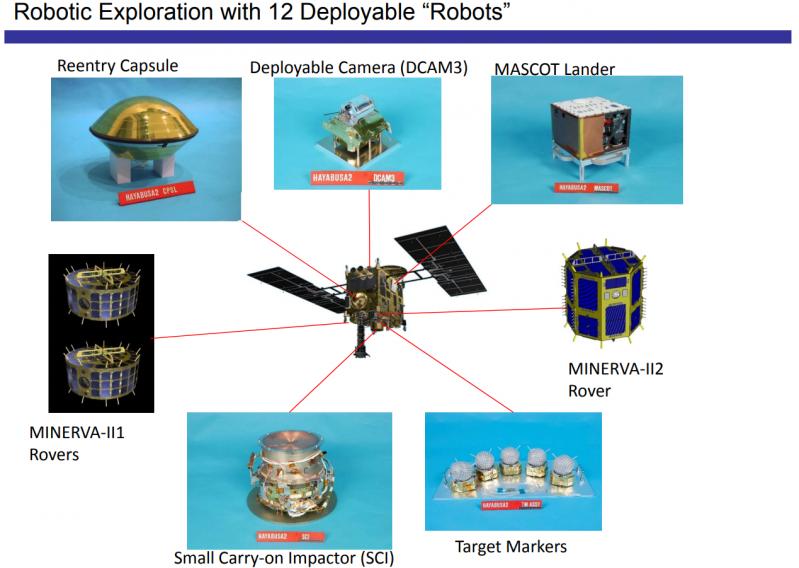 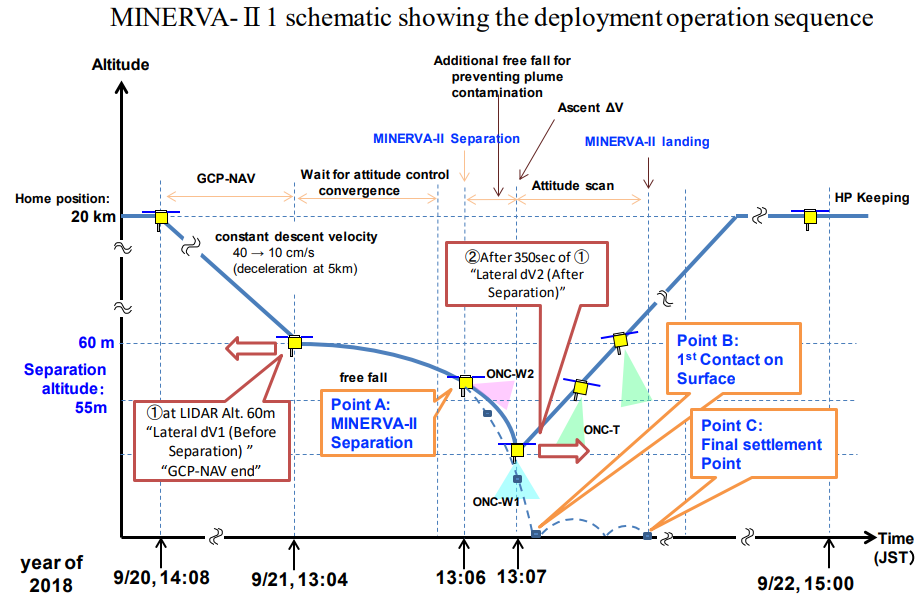 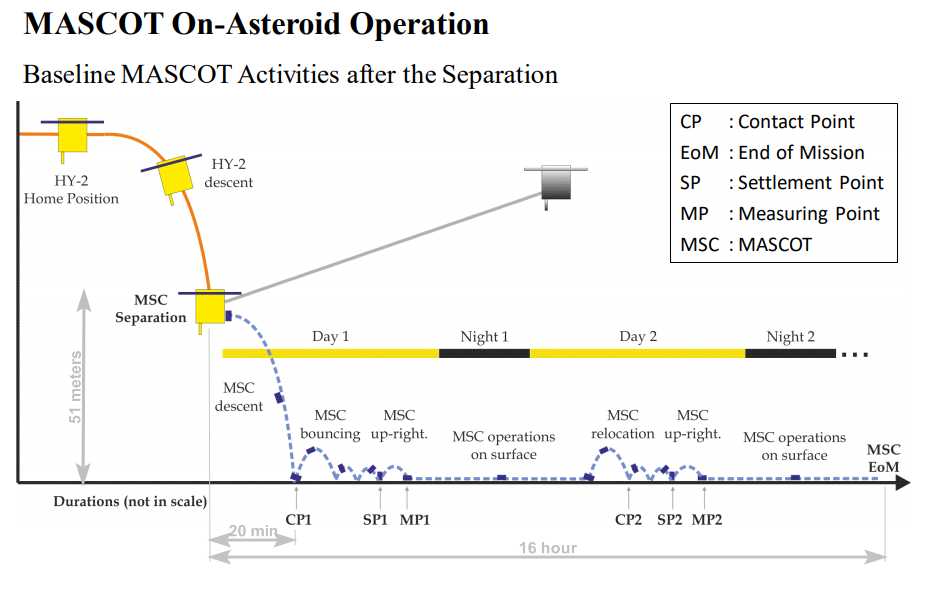 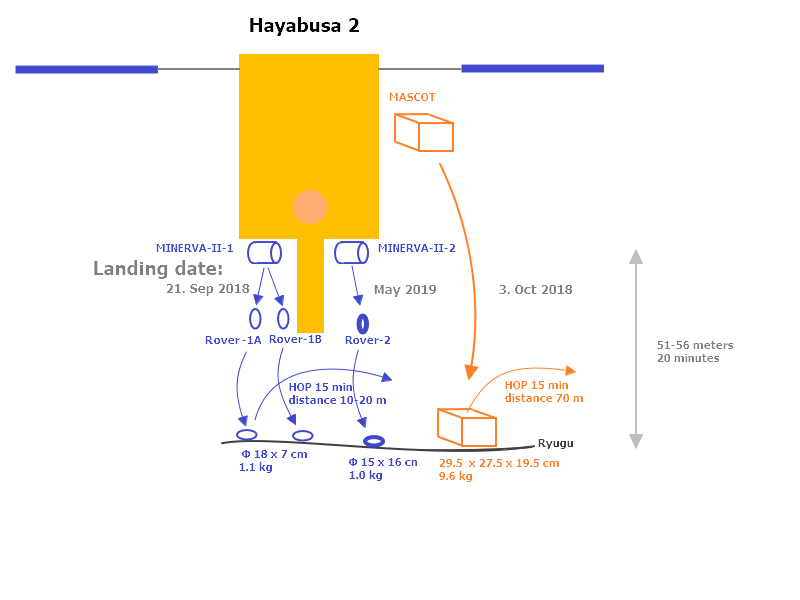 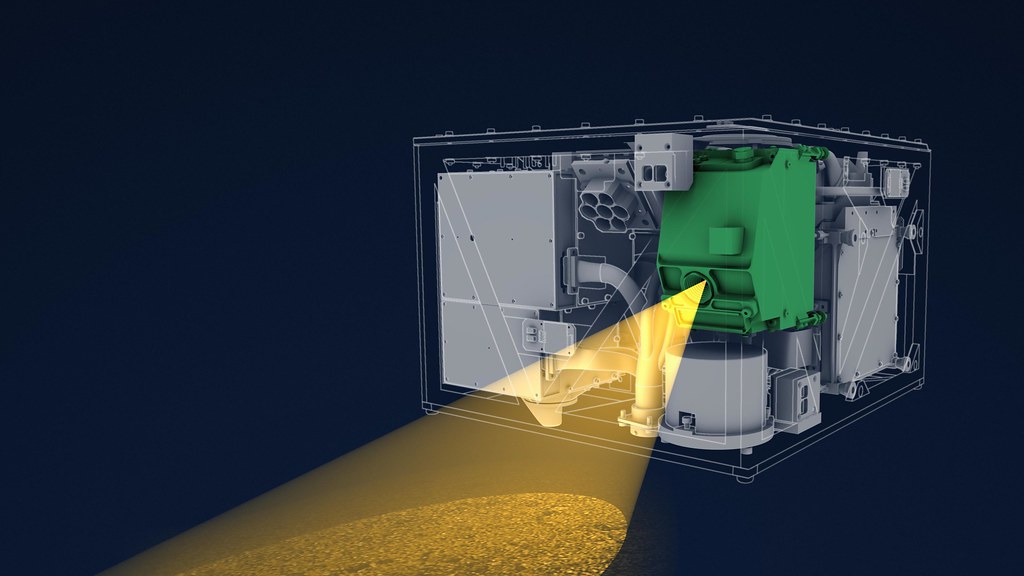 MASCOT will fall from a height of 56 meters 15.5 minutes

The lander successfully separated from the Japanese Hayabusa2 space probe at 03:58 CEST.

MASCOT came to rest on the surface approximately 20 minutes after the separation.

Already during the descent on the asteroid, the camera switched MASCAM on and took 20 pictures, which are now stored on board the Japanese space probe. 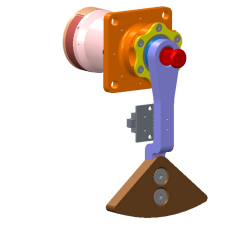 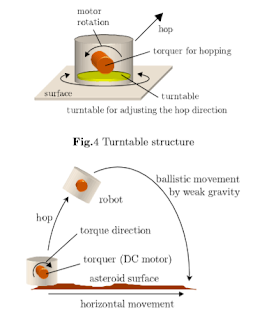 The drive unit can apply 3 Nm output torque at a cylindrical size of 31 mm diameter with 64 mm length and a weight of 166 g. The PCB power output is 12 V and 4 A nominal. 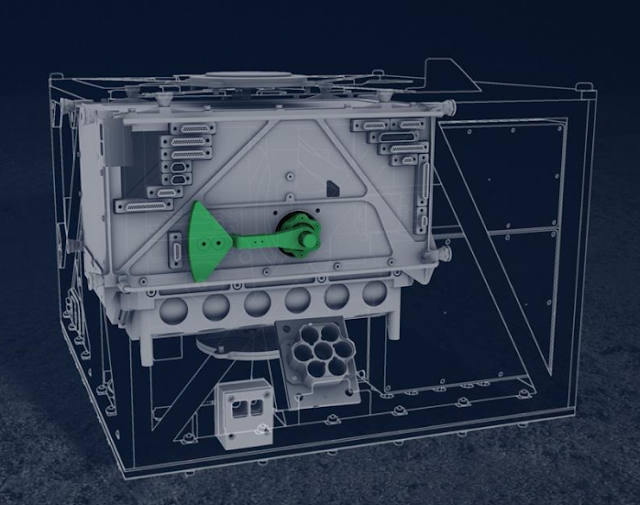 At the end of the science phase in December 2019,[11] Hayabusa2 will use its ion engines for changing orbit and return to Earth.[39] In December 2020,[11] the re-entry capsule with three separate containers that carry the asteroid samples will be released to re-enter Earth's atmosphere at 12 km/second,[39] while the spacecraft drifts past Earth. The spacecraft's sample capsule will parachute down and land in the Australian desert.[40]

When the spacecraft returns to Earth and delivers the sample capsule in December 2020, it is expected to retain 30 kg of xenon propellant, which can be used to extend its service and flyby new targets to explore.[47] One prime candidate is asteroid 2001 WR1 for a flyby on 27 June 2023.[47] 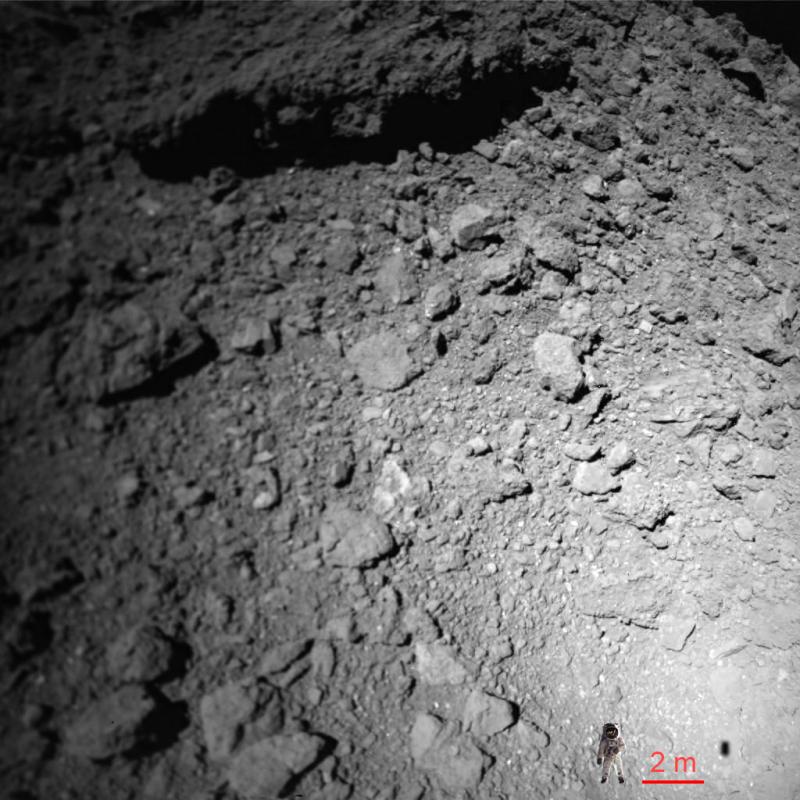 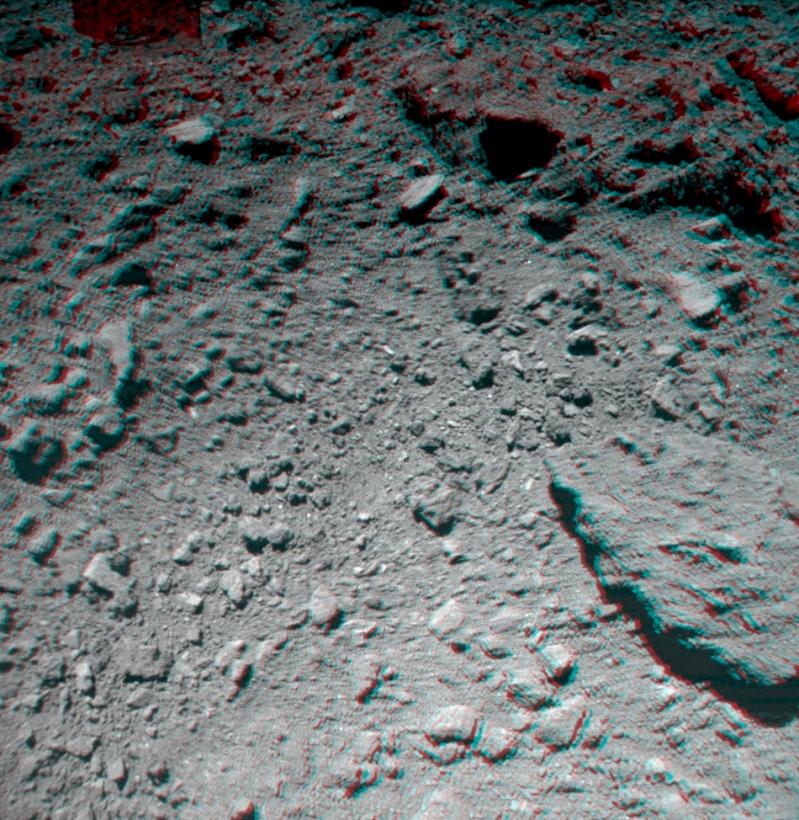 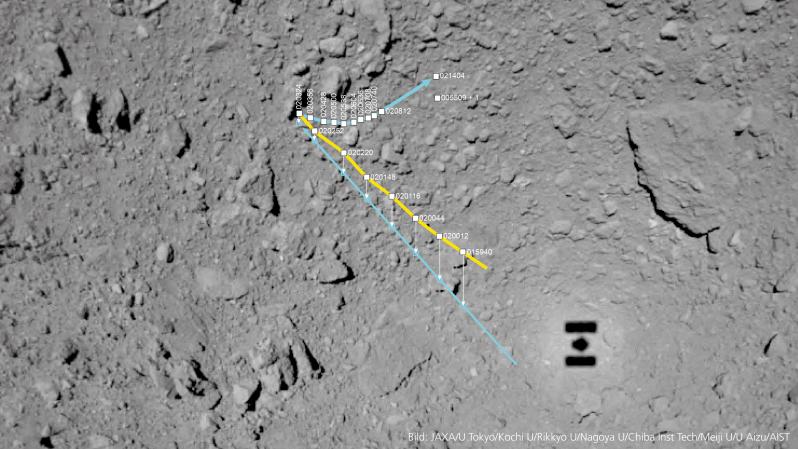 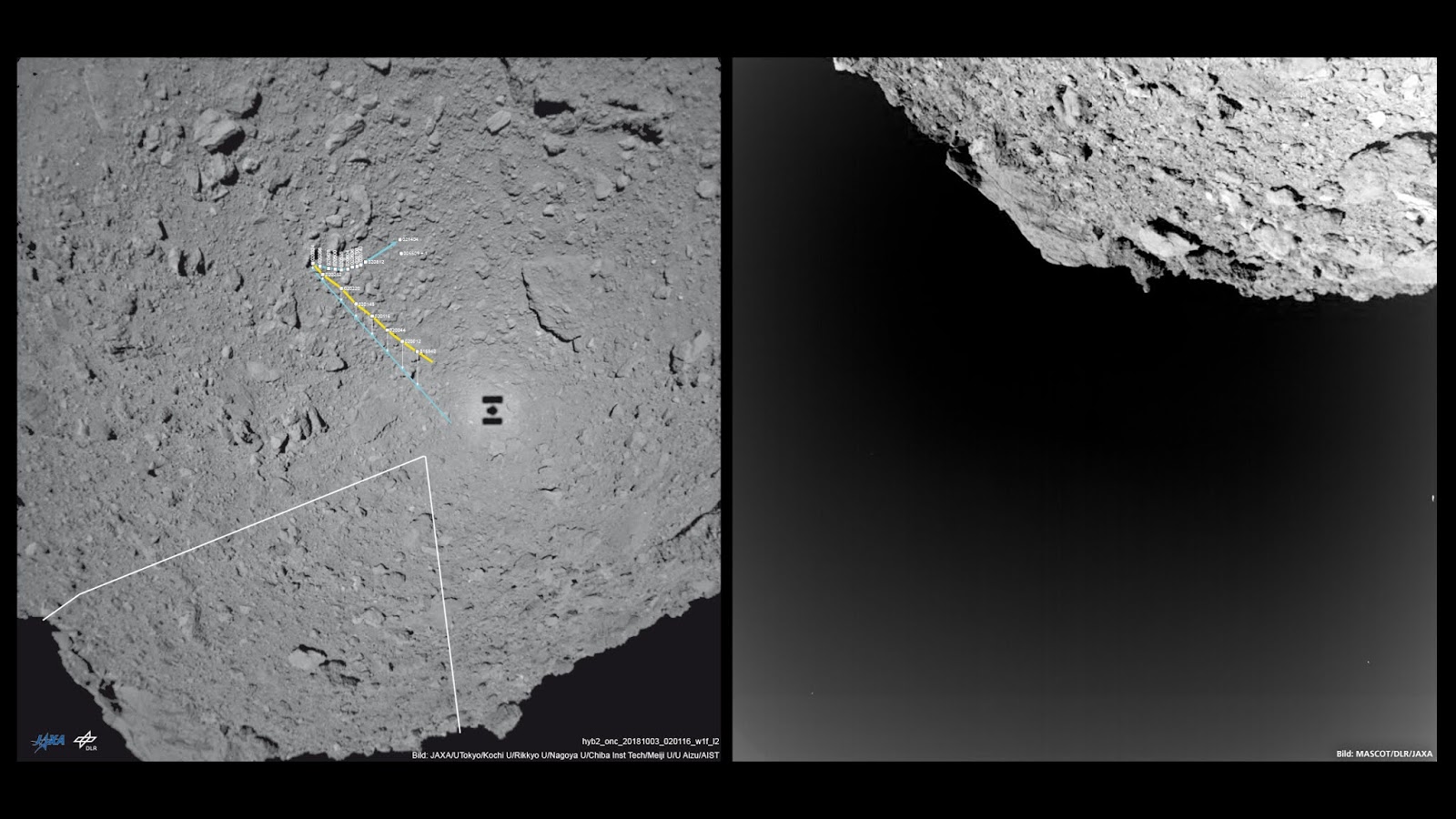 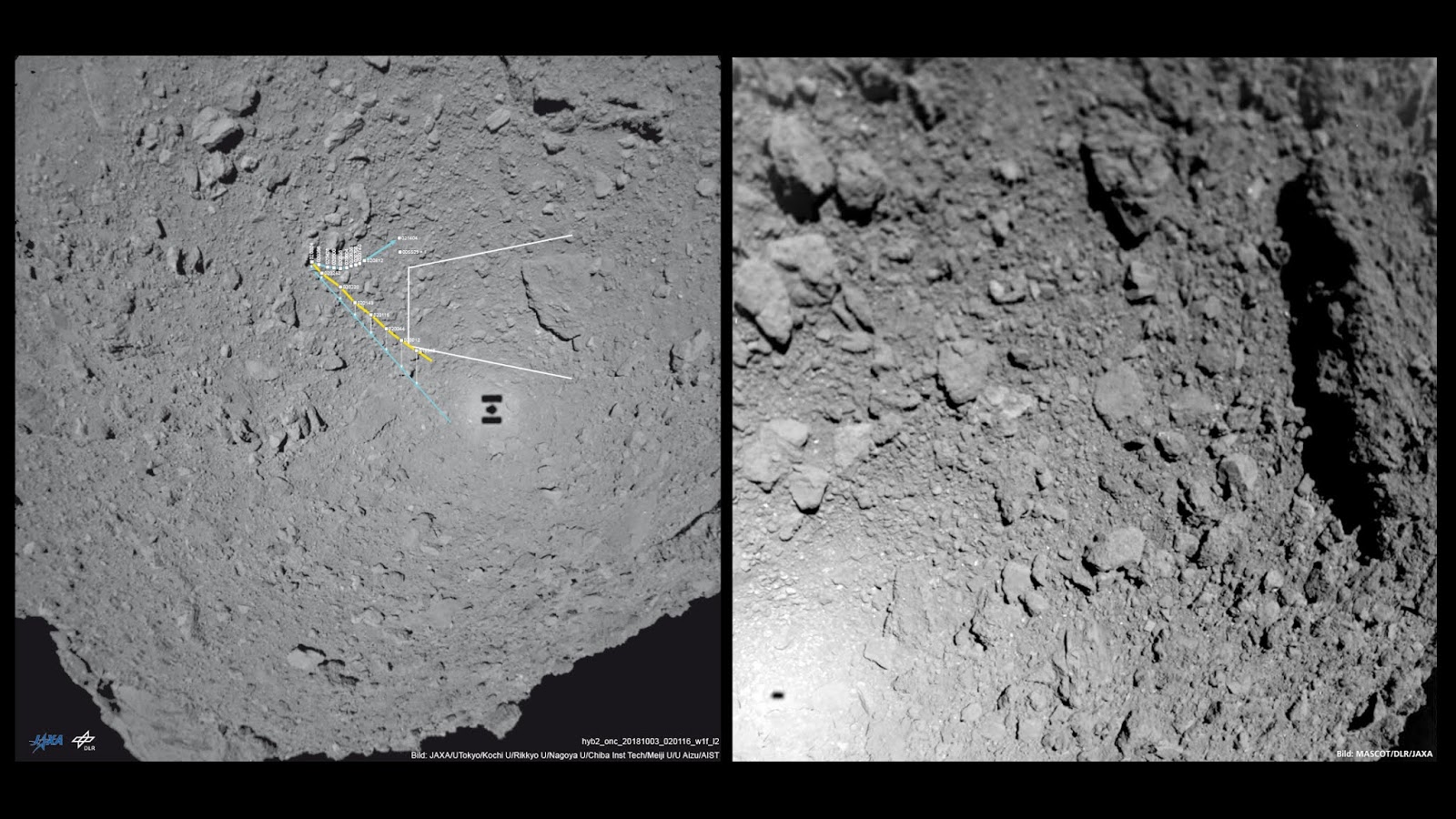 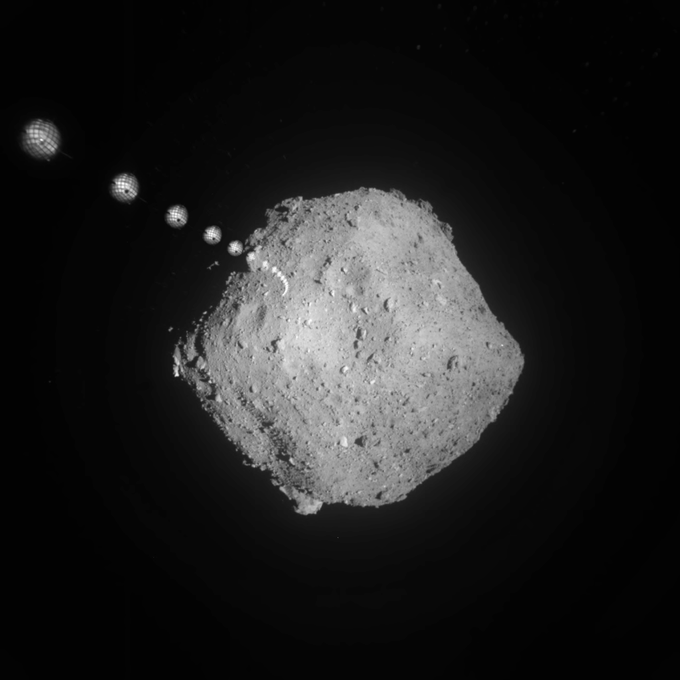 The separation image of the 2nd target marker, TM-C! Separation time: 2019/9/17 at 01:24 JST Altitude: 1km This is an overlay of images taken every 4s (for ~1min) while the spacecraft ascends at 11cm/s. TM descent speed is still almost zero. (JAXA, Chiba Inst. Tech & collab) 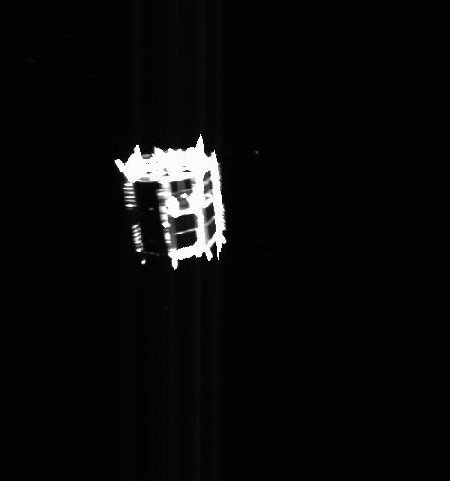 This is MINERVA-II2 captured by the wide-angle optical navigation camera (ONC-W2) immediately after separation. Radio-waves are also being received from MINERVA-II2. (Credit: JAXA 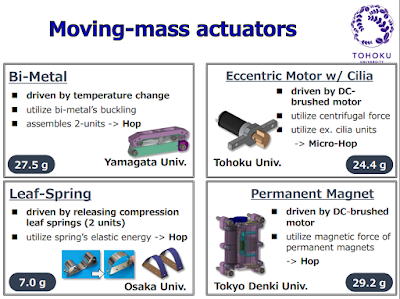 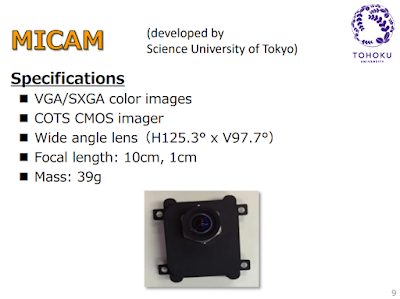 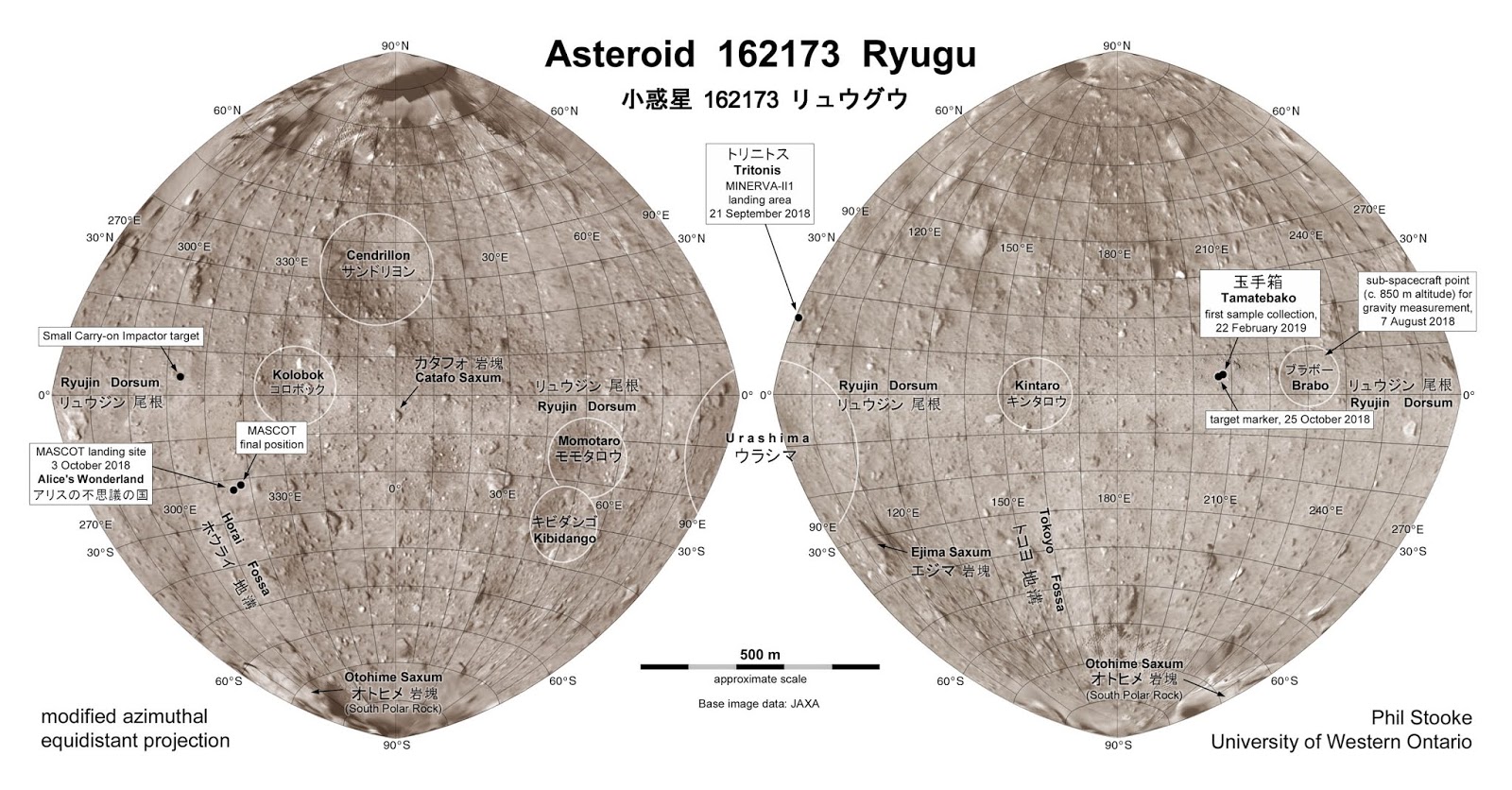 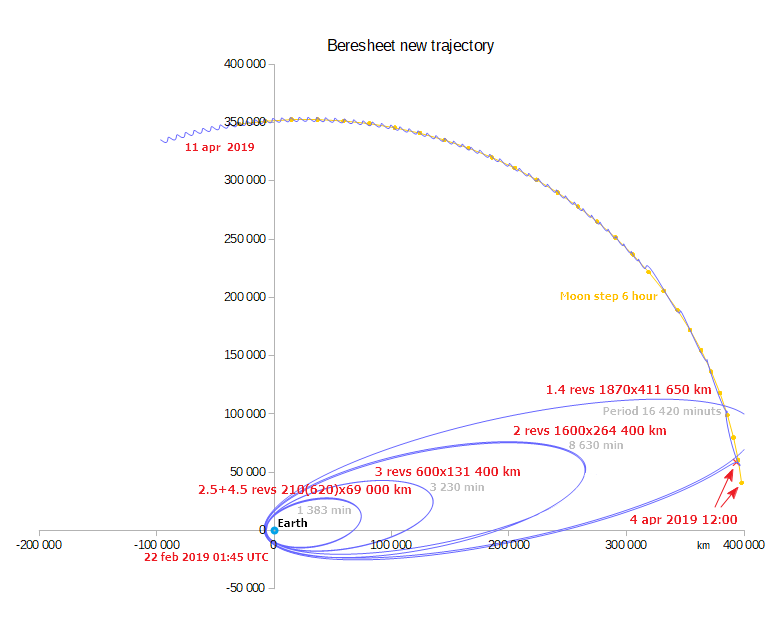 SpaceIL successfully launched its Beresheet lander on 22 February 2019.
On 11 April 2019, due to failure of the main engine, the lander crashed on the Moon.
Beresheet trajectory 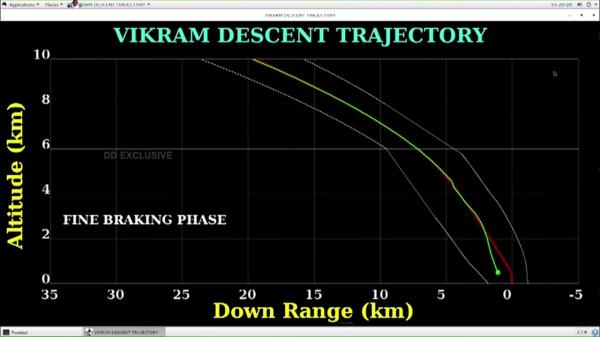 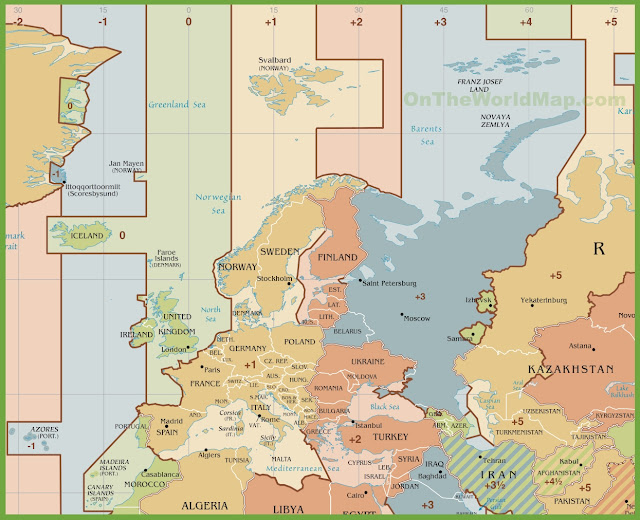 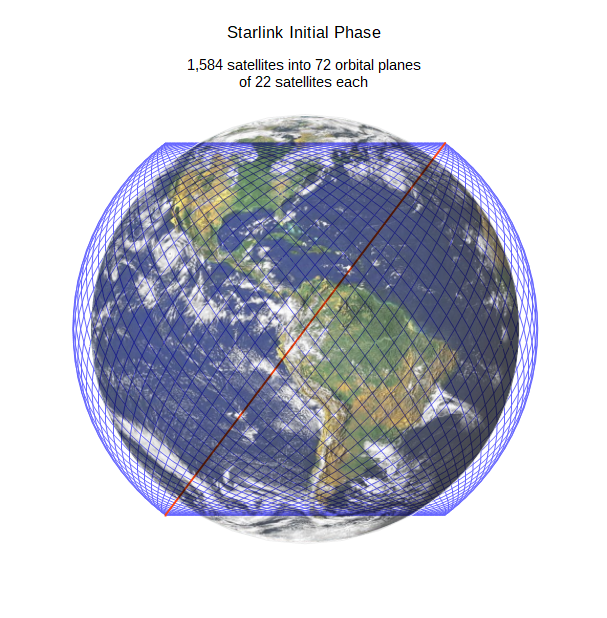 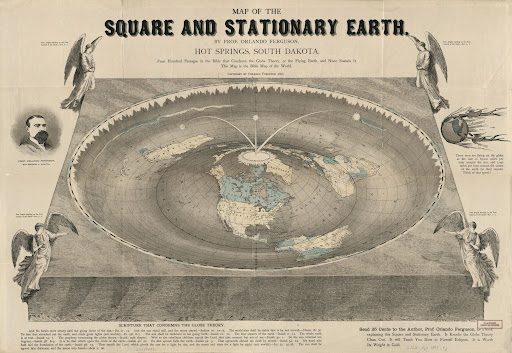